Admission: free and open to the public

plenty of free parking on site 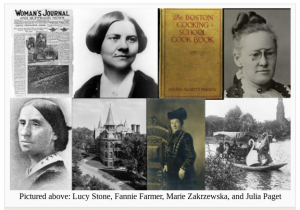 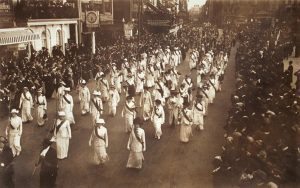 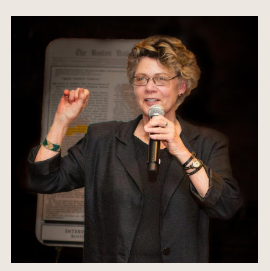 In the six decades between the Civil War and World War I — an era before women earned the right to vote — Boston women proved to be an unusually enterprising group. During a time when ladies were supposed to work quietly in the “domestic sphere” and to avoid the all-male “public sphere,” outspoken Boston women of all races and classes established schools, settlement houses, journals, associations, and businesses — and even created a world-class museum, a world religion, and a hospital by and for women.

Who were these women, and what was it in the Boston water supply that caused such a radical group of talented and determined females to flower, long before they had won the right to vote in federal elections?

In this slide lecture, photographer and public historian Susan Wilson traces the origins and development of several of Boston’s most enterprising women and the theories behind their unique strengths and accomplishments. The women presented include suffrage journalist Lucy Stone, composer Amy Beach, author Louisa May Alcott, culinary entrepreneur Fannie Farmer, “Battle Hymn of the Republic” lyricist Julia Ward Howe, Swan Boat owner Julia Paget, and Doctors Marie Zakrzewska and Susan Dimock, of the New England Hospital for Women and Children.

Special emphasis will be put on Doctors Marie Zakrzewska and Susan Dimock, the latter of whom is the subject of Susan Wilson’s biographical research project at the Women’s Study Research Center.

This talk is inspired by the plate/chapter Susan Wilson researched, illustrated, and wrote in collaboration with the Boston Women’s Heritage Trail for the newly-released Atlas of Boston History, edited by Nancy S. Seasholes (University of Chicago Press, 2019).

is a highly acclaimed photographer, author, and public historian. She is the official House Historian for the Omni Parker House and a Resident Scholar at the Brandeis WSRC. She is currently writing the first full-length biography of Boston-based surgeon, Dr. Susan Dimock (1847-75).