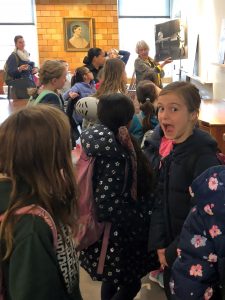 Boston Women’s Heritage Trail board member, Mary Smoyer, was recently dubbed an “amazing guide” by the North End Brownie Troop #72123 when she treated them to the BWHT North End walking tour. Taking the tour with Mary helped the Brownies complete their Step 4 – “Be a landmark detective” portion of the Celebrating Community Badge. 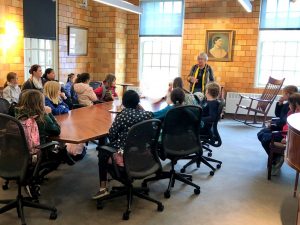 Shaw, active in social reform, gave financial support to the woman suffrage movement. She is also responsible for the institutionalization of kindergarten in Boston Public Schools. In 1857, the School Committee accepted responsibility for continuing these kindergartens, gradually adding more. Today, one of Boston’s public schools in Dorchester is named for her.

Check out the BWHT North End tour and take a walk today!